Existuje alternativní terapie rakoviny slinivky s mnohem lepšími výslekdy než konvenční a je založená právě na dietě. Ovšem takovou byste asi vy držet nedokázal. Plus enzymy a pár dalších věcí. Viz toto, přeložte si to sám:
Dr William C. Kelley also deserves a big place in the history of anti-cancer diets. Kelley cured himself of virulent pancreatic cancer, using a mainly dietary approach. He had a questionnaire-based analysis of metabolic types, which led to customized dietary recommendations. Kelley developed ten basic diets with
95 variations. These ranged from pure vegetarian to exclusively meat. The diets forbade processed foods, pesticide residues, milk, soy beans, peanuts, food concentrates, white sugar, and white rice. It allowed almonds, low protein grains and nuts, yogurt, “organic” raw vegetable and fruit juices, salads, and whole
grain cereals. You can find Kelley’s complete first edition book One Answer to Cancer on my website www.alternative-doctor.com/cancer/kelley.htm [Kelley gave John Scudamore and me permission to publish his first edition free on the web before
he finally passed on—38 years after cancer of the pancreas tried to claim him!]
Ještě pár slov k dr.Kelleymu: Dr Nicholas Gonzalez, one of the doctors you should meet if you are interested in this line of treatment, took the time to evaluate Kelley’s work, while still a
medical student. Eventually, what began as a student project developed into a two-year formal research effort which he pursued during my formal immunology training.
Gonzalez reviewed nearly 10,000 of Dr. Kelley’s patient records and interviewed over 500 patients with appropriately diagnosed advanced cancer. This included 50 of his patients initially diagnosed with a variety of poor prognosis cancer, all
of whom had enjoyed long term survival and/or apparent regression of disease while following their nutritional regimen. Gonzalez also studied 22 patients with near terminal pancreatic cancer. 10 of these patients had visited Kelley only once
and had never followed the protocol: these individuals had been discouraged from proceeding largely because of the negative influence of family and physicians who thought Kelley to be an outright fraud. This group of people, sadly, had a survival average of only 60 days, making them a useful control group. Among the remaining 12 patients, Gonzalez found a number who had survived far beyond what would be expected for the disease,
including one patient with pancreatic cancer to the liver who had, when last contacted, been alive over ten years from her original diagnosis. Despite the careful documentation of all these successes, no one in academic medicine could accept that a nutritional therapy might produce positive results with advanced cancer patients.
But Gonzales pressed on. He carried out a pilot study in 10 patients suffering inoperable adenocarcinoma of the pancreas, with survival as the endpoint. Pancreatic cancer cases were chosen because the prognosis for the disease is so poor, and an effect could be seen in a small number of patients in a short period
of time. Gonzales was told that if three of ten patients lived a year, that would be considered a positive result. What actually happened was that, of 11 patients with only weeks to live, nine (81%) lived one year, 5 lived two years (45%), 4 lived three years (36%) and two have lived longer than four years. You can
compare that with a study at about the same time, of the newly approved drug gemcitabine. Of 126 patients with pancreatic cancer not a single patient lived longer than 19 months and yet that was considered a “successful” drug.
Stačí? To je jen ukázka světa, o kterém nemáte tušení. Autor Prof. Keith Scott-Mumby, MD, kniha Cancer Confidential. 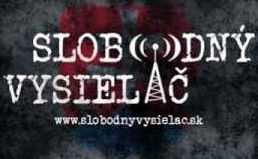